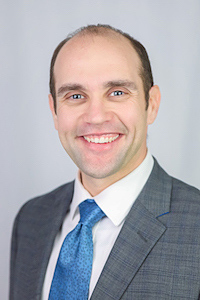 Ryan practices primarily in the areas of personal injury, bankruptcy and criminal defense.  He represents people who have been injured in both insurance claims and litigation, and has recovered millions for injured clients. Ryan loves trial practice and has taken more than 32 civil cases to jury verdict or decision. Most of his personal injury practice involves car crashes and trucking crashes, but he also handles slip and falls, injuries in stores or by business employees, defective products and insurance bad faith. Many of Ryan’s cases are claims referred by other lawyers for trial, especially when the legal issues are complicated.

Ryan has actively practiced bankruptcy law since 2009.  He has discharged and reorganized tens of millions in debt in over 1,400 bankruptcy cases for Nevada families and small businesses.

Ryan has been featured as an alumni guest speaker at Harvard Law School, as well as guest lectures at Emerson College and the International Academy of Art and Design.

Languages
Ryan is fluent in Spanish.

To make an appointment with Ryan, call (702) 868-3311.  For all consultations you will meet with Attorney Ryan Alexander.

“I grew up in the Niagara region of Ontario, Canada, spending much of my childhood on a farm outside a steeltown about 15 miles from Buffalo, New York. My mother’s family were mostly union iron and steelworkers, my father a military officer.  During my teen years, my life got more exciting and through a random series of events I was able to spend time in Germany with my father, then attended boarding school in New Zealand and on to college in Hawaii.  I developed a strong affinity for the people and cultures of Polynesia, and even performed in Samoan and Maori culture dance troupes.

During college I took two years off to serve a religious mission in Seattle, Washington, where I worked solely with the Spanish-speaking immigrants in the metro Seattle area.  We not only taught doctrine but helped people find jobs, establish social groups and make new friends, get furniture for their empty homes, and helped people integrate and build lives in America.  Their problems were our problems, and those years working with Latin families in their homes gave me invaluable insight into the communities and the struggles of Hispanic immigrants to the USA.  It was also in Seattle that I first considered being an attorney – I never even knew any lawyers before then. It was a big departure from wanting to be an artist.  I returned to Hawaii, changed majors from Visual Art to International Business, and worked on getting into law school.

When I went to law school at Harvard, I was the only person who said they wanted to be a plaintiff’s lawyer.  A friend who is an injury lawyer won me over with stories about his cases helping severely injured people.  I was also the only person in the whole class to start their own practice right away – as soon as I was licensed I formed my first practice.  And I’ve been proud to help people who have been injured, people accused of crimes, families in financial trouble, artists and small business owners with intellectual property issues and more.  I like working with people and now enjoy the ‘counselor’ role of the attorney.

I’m married with four children.  I enjoy movies and documentaries, photography and graphic design, exotic sports cars and languages. Still dabbling in Photoshop and typography, I also created the image of the infamous Hello Kitty Ferrari that became an internet meme.”

We are a debt relief agency. We help people file for relief under the Bankruptcy Code.